What is a Powered by Padoq App?

How to Submit Your App

How to Submit Your App to the Google Play Store

Google Play Console: How to push an update live

App Store Connect: How to push an update live

How to Submit Your App to the App Store

​Install an iOS App without the App Store Using TestFlight

How to find a group

How to Join a Private Group

Update your Profile in a Group

Managing and deleting your group

What is a Padoq (or Group)?

The Pinboard: pins, notes and reminders

Your notifications and activity

How do I Report an Issue?

What platforms is the app available on?

How do roles work?

Glossary | A guide to how we talk 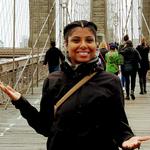 Updated 2 years ago by Kate Santo

Content moderation is a functionality that helps app admins reduce the risk of inappropriate content appearing in their app.

In Padoq apps, moderation can be done by users themselves or by the system. Find out more in this guide.

There are 2 ways in which a post can be reported: a user can send a report through the UI or the system can report a post.

The members of a padoq can report a post via an option in the UI. It looks something like this:

The reportPost endpoint is called when the user taps the option. It takes 3 compulsory parameters: the name of the padoq the post belongs to, the postId and the postVersion of the post being reported. It returns basic success or error messages.

Scroll down to Managing reported posts to see what happens once a post is reported.

The app can also use the reportPost endpoint. The reference it uses to find and report posts is the moderation engine. The moderation engine works with a list of words and expressions that are deemed inappropriate. When one of those words appear in a post, the app automatically reports the post.

The moderation engine is not publicly available through the API. To make changes to the moderation list, speak to your account manager or send a request to support@padoq.com.

Scroll down to Managing reported posts to see what happens once a post is reported.

Regardless of whether a post was reported by a user or by the system, the original post gets a unit added to its reportedCount property.

When the reported posts come up on the UI, the padoq admin can review them and decide whether the post is acceptable or inappropriate.

If the admin believes the post is acceptable, they can deletePostReports. What this endpoint does is reset the value of the reportedCount to zero. When the count is zero, the post isn't marked as reported anymore.

If they believe the post is indeed inappropriate, they can deletePost. Reported posts are only deleted at this point. Even if a post has been reported many times, they are never deleted automatically: only the admin can do that.

How did we do?

Glossary | A guide to how we talk